Louise has welcomed cruise ships and hundreds of thousands of passengers and crew to Scotland at Leith, Rosyth, South Queensferry, Newhaven and Dundee since 2008 on behalf of Forth Ports Limited and the City of Edinburgh Council.  She also hosts her Bagpipes & Whisky shore excursion at the Scotch Malt Whisky Society in Leith to further enhance the overall visitor experience in Scotland.

Scotland's National Piper also regularly hosts Scottish Shows on board  cruise ships and hosts her fun and informative Bagpipe Workshops - which are always a tremendous success with passengers and crew!

Louise is honoured to have been asked to perform at cruise ship naming ceremonies worldwide including: 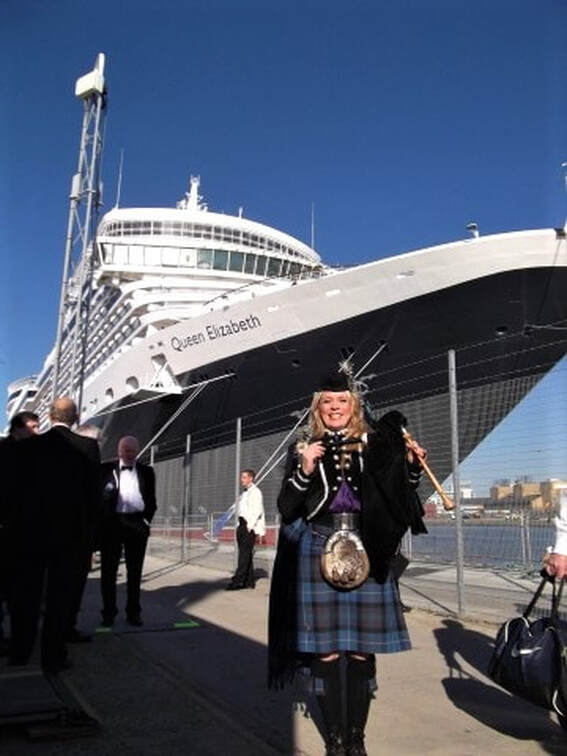 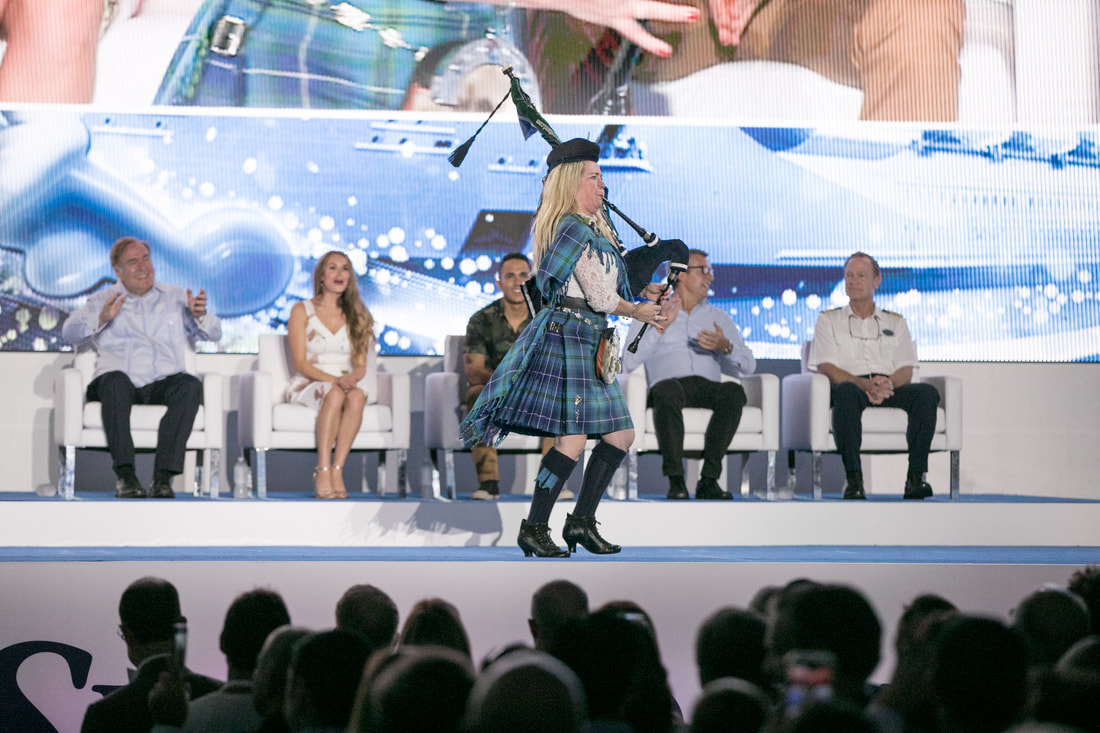 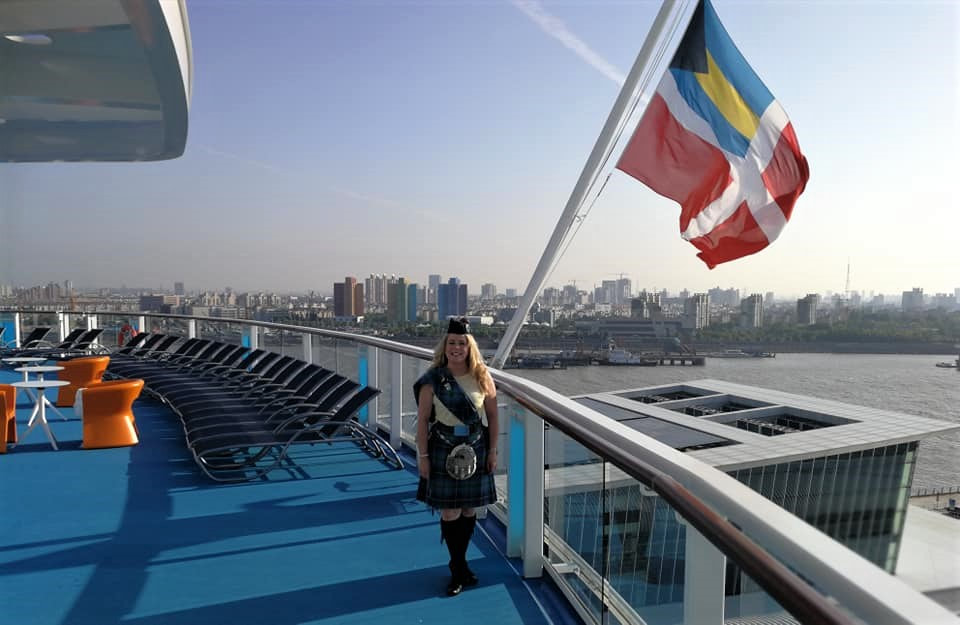